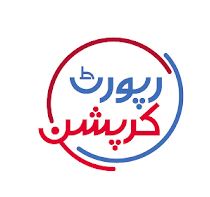 The idea behind the “Report Corruption app” is that people can now report corruption to the relevant authorities.
The Prime Minister further said that the Chinese people are stepping up to prosperity as they punish those involved in corruption.
Pakistan Tehreek-e-Insaf won the election on the agenda of eliminating corruption.
On Monday, Prime Minister Imran Khan launched the “Report Corruption App”. The idea behind this app is that people can now report corruption directly to the relevant authorities. This app was launched on World Anti-Corruption Day.

“The Anti-Corruption Establishment is praiseworthy and officials should discuss the new request with the public.”

Report Corruption Anti-Corruption Establishment is a step by Punjab to curb corruption and prevent criminal employees from being involved in criminal mismanagement and corruption. This application provides a simple and accessible approach for citizens to report corruption and provide proof of corruption without having to reveal their identity.

Anyone can report personal issues to help with government affairs. If anyone wants to hide their identity and report corrupt practices, they can use this app and report corruption and corruption. The purpose of this app is to empower citizens of the province of Punjab, Pakistan to exercise their right to monitor government projects and services using their mobile phones.

If a provincial official or officer is demanding bribe money from any person in Punjab for legal work, he or she can approach the ACE authorities through the Trap Ride module of this application and hold it in red. Trap raids have proved to be a major barrier to corruption.

The app will serve as a complementary channel between Punjabi citizens and ACE Punjab.

During his address, Prime Minister Khan also mentioned China and hundreds of people have been jailed for corruption charges.

He added that people from Lebanon, Chile, Iraq and other countries took to the streets to protest the corruption of their rulers. “It’s not easy to hide corruption nowadays,” he said.

The Prime Minister further said that the Chinese people are stepping up to prosperity as they punish those involved in illegal financial crimes. China jails 400 minister-level people This shows the country’s devotion to eradicating corruption.

“That’s why the president of China is popular among the people,” he added.

Prime Minister Khan believes that young people can play an important role in the anti-corruption campaign through their vibrant partnerships. The Prime Minister said, “Although a new Pakistan is being prepared, this dream will be fulfilled only when the youth will take part in the process and chase down the robbers.”